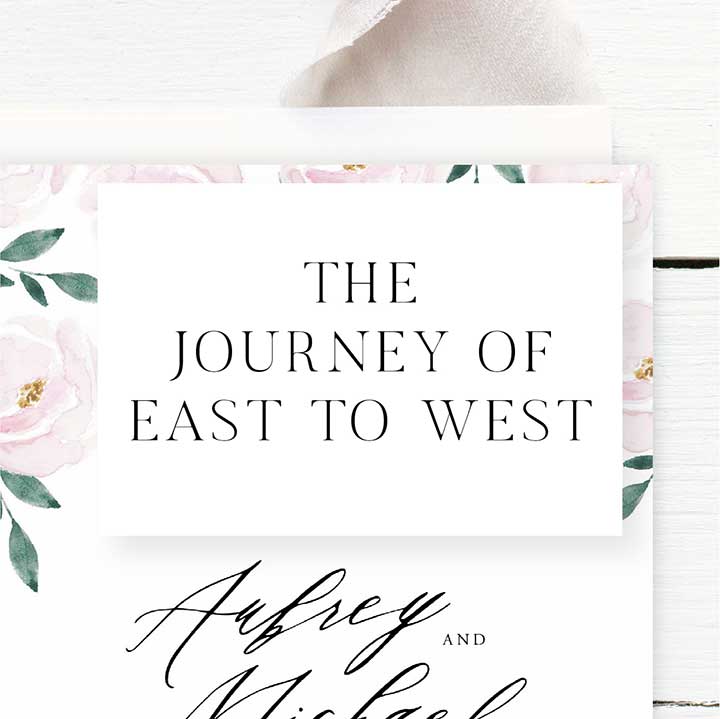 We are new to this blog thing – sticking our necks out and getting personal for the world to read. It’s strange, vulnerable, and we are not sure yet what we think of it. However, we firmly believe God has East to West here for a reason, in our lives and the lives of others. We never want to let our talents or life experiences go to waste, especially what we believe comes from the Lord. With that being said, we hope you follow along in our blog journey, and we wanted to introduce ourselves and our story, the proper way.

You see, our East to West journey isn’t one that began just recently, and there’s so much to share. We have grown since December of 2014, both personally and in our business. We have intimately felt God’s hand along the way, and we want to share our story with each of you.

We’ll start back at the beginning. In the summer of 2014, Tami & Larissa were in Chicago together, enjoying the day with a group of friends. Tami had been studying graphic design at Parkland College for 2 years, and Larissa was just days away from beginning her first semester as a college student pursuing business. While she had decided this career choice, she didn’t feel super settled about it. She figured she would just get her business degree and then decide how to use it afterwards. While talking to Tami in Chicago, Larissa was instantly intrigued about design and decided to change her major (just in time) to graphic design. She felt instantly peaceful about this decision and to this day has never regretted it.

In December 2014, Tami had a year and a half left of college at Illinois State, and was trying to decide what she wanted to do with her degree. Her dad encouraged her to start her own freelance business since family was super important to her as well, and the possibility of working from home as well as raising a family was a possibility she did not want to pass up. After praying about it, she called Larissa to ask if she wanted in on the business idea, and now it was Larissa’s time to consider this in prayer. A week later, we took a leap of faith and poured every creative cell in our body into our new brand.

The first order of business was to decide on a name. We kicked around a few ideas: we knew we wanted to honor God through our business, so names such as Ablaze Design Studio, 79 Miles (the distance between Fairbury, Tami’s hometown, and Wolcott, Larissa’s hometown), and 2:1 Design Studio (Two girls, one purpose) were kicked around. While we kind of liked these, none of them stuck. Finally we decided on East to West Studio for a variety of reasons: at the time we lived directly East to West of each other on Route 24, and the verse in Psalms 103:12 that reads, “As far as the east is from the west, so far hath He removed our transgressions from us.” was very dear to our hearts, and still is today.

Our initial goal was to do wedding invitations, and soon after we started our logo, a close friend of ours reached out for her invitation. We loved this first project: it provided material proof that we were actually in business. Looking back at our first invitations, we have to laugh now. How far we have come in design! We can not thank our friends and family enough for their support and love that first year, and for loving their invitations, despite the little experience we had at the time.

As you can imagine, starting up a business can be complicated and difficult. There’s a lot of hard decisions to make and then agree upon as a team. We tried to stick our necks out in different ways – starting social media accounts, advertising and reaching out to our personal friends and family for work, and practicing, practicing, practicing design. Unfortunately, we both have a problem saying no – and by the end of 2016, East to West was accepting a variety of work – from wedding invitations to branding to custom jobs to web design. While this was great experience for us, it was also stressful. In 2017 Tami was graduating college, working 5 other jobs, and trying to keep up with East to West, all the while planning her wedding that was happening a week after her college graduation. Larissa was also busy with college, multiple jobs, and juggling her own personal life – she would become engaged soon after Tami’s wedding!

We soon learned that we can not do everything – a hard lesson. We have gone through the process of defining who we are and what we offer many times- tweaking & re-tweaking so that we can best serve our clients as well as our personal lives. We never want to be so busy that we do not hear God’s voice – a voice that has led us many times over the years – shaping East to West into what He has for us. He is still at work today, as we have a major announcement coming in the early summer months – East to West is once more growing and shifting into a business that better serves both of us in this stage of life.

Ultimately, we are so thankful you are along for this journey. We truly would not be where we are today without our Father above, our parents, our two husbands, and all of you. Hey there! We're Larissa & Tami, the designers at East to West Studio. We exist to create beautiful, eye-catching design in a way that brings intentionality & simplicity back into our fast-paced world. Thanks for stopping by, we hope you love what you see! Feel free to drop us an email, we'd love to chat!

Our brand icon is a cloud- a common symbol in the sky which spans the east and the west. We designed the cloud in such a way that represents us and incorporates both an E and a W (can you see it?)

Drop a ✨ if you meal plan each week, and if so,

That sunshine yesterday though!!!! 🙌🏼 can we

It’s been a bit since we’ve done a introductio

By signing up for our email list, you’ll receive weekly inspiration through our Mailbox Monday newsletter, notifications of new products and sales, and more.